Congratulations to this year’s SRA Award recipients. These members were highlighted during this year’s virtual AGM for their successful contributions to the industry. 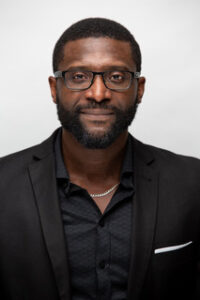 The Saskatchewan REALTORS® Association (SRA) is pleased to announce that Tim Otitoju, who demonstrates these qualities and more, was selected by a team of his peers to be named the 2020 SRA REALTOR® of the Year. Every now and then, someone stands out for their ability to influence positive change through their dedication to the real estate industry, commitment to volunteerism and passion for mentorship and development.

Otitoju celebrated his 10-year membership with the SRA in 2020. During that time, he has served on the Association of Regina REALTORS® Inc (ARR) and SRA Board of Directors and almost every Board and Operational Committee within the Association while managing his partnership in a Brokerage.  Otitoju also played a major role in the amalgamation of the Saskatchewan REALTORS® Association in 2020 and was Chairperson of the Board that year.

“Tim embodies the true definition of a professional,” said SRA’s 2021 Chairperson Sheri Willick.  “He has supported the real estate industry across the province for the last decade and through the first year of the provincial amalgamation in 2020.  Tim carries himself with diplomacy and integrity.  He is well-deserving of this award!”

Outside of real estate, Otitoju volunteers with the University of Regina Student Union Board.  He is a volunteer soccer coach and runs his own podcast to inspire more people to follow their passion to start their own business.  Otitoju is also a husband and father to three children.

Sponsored by the Canada Mortgage and Housing Corporation (CMHC), the award is presented annually to an SRA member who exhibits outstanding leadership and dedication to both the real estate industry and the community at large. 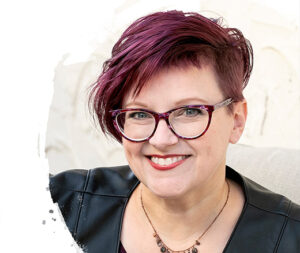 “Nelson’s commitment to helping others is noticeable,” said SRA Chairperson Sheri Willick.  “She is a professional who does her job well.”

Since starting her real estate career, Michelle’s focus has been on learning as much as possible to become the best agent she can be.  She actively attends all educational sessions and Association member meetings.  She demonstrates the top qualities of professionalism in building relationships with her clients and community.

“I am humbled and honoured to be recognized,” said Nelson. “The past year of isolation has highlighted how important it is to be connected with family and friends, clients and colleagues, and to the community.”

Nelson grew up in Saskatoon and continues to work there and raise her two children with her husband Blaine. She served as the chairperson of the School Community Council at Roland Michener for many years and continues to be active as a volunteer for class trips, camps, and graduation planning. Nelson also believes in contributing her time towards other community causes and has recently been part of fundraising efforts for Salvation Army, Saskatoon Food Bank, New Hope Dog Rescue, Diabetes Association and for her children’s dance school. 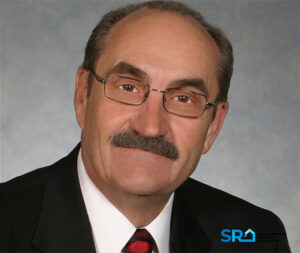 The Saskatchewan REALTORS® Association (SRA) is pleased to announce the induction of an Estevan REALTOR® Dennis Moe into the SRA Builders Hall.

Dennis Moe started his real estate career in 1991 and was immediately involved in Association work, sitting on either the Estevan Real Estate Board or the Board of Directors of the Saskatchewan Real Estate Association (SREA) until his death in 2009.

During his time on the SREA Board, Dennis chaired the Executive Committee, the Finance Committee and the Government Relations Committee.  He also chaired two Organizational Review Task Forces, a Task Force on the Sale of Provincial Lands and another on Commercial Assessment.  While Chairperson for all these committees he also served as a Member of many other local and provincial Committees and Task Forces.

Dennis’ career in organized real estate was spotlighted with his work on the Organizational Review Task Forces.  In 2000/2001 he led an initial attempt to amalgamate local boards and associations into larger regional entities.  However, it was not until the next Organizational Task Force was created in 2006 that consolidation began in 2007 under Dennis’ chairmanship.

This amalgamation created the Southeast Regional Council as part of the Association of Regina REALTORS® Inc (ARR).  Others soon took similar initiatives in having their local Board form their own Regional Council and eventually join the ARR.  This was an extremely important step towards provincial amalgamation.

Dennis served as inaugural Chair of the Southeast Council until his death.  Since his passing, Dennis has received the CMHC Distinguished REALTOR® Award for Saskatchewan and was awarded Honorary Life Membership in the SREA.

Amazingly, Dennis accomplished all this while being a Broker and the top producing agent for the City of Estevan for nearly all the years he sold real estate.

“I have some experience in organized real estate” said Dale Ripplinger, Past-President of the Canadian Real Estate Association. “I also sat on several boards, committees and task forces with Dennis and I can honestly say that in every instance Dennis was a deep thinker who appreciated and understood the broad implications of decisions and always acted in the best interest of the organizations he served.”