The Saskatchewan REALTORS® Association (SRA) provides leadership and services that support over 1,500 REALTORS® in Saskatchewan through technology, education, and advocacy. The SRA is also the expert voice invested in bringing insight to public policy makers on matters that affect growth, housing, real estate, and the creation of wealth in our communities. Our professional members are experts in the real estate profession, including specialties like residential, commercial, farm, investment, industrial, land development and property management.

Provide leadership and services that support REALTORS® through technology, education and advocacy.

Respect: We work and present ourselves with respect and dignity

Inclusivity: Relationships are everything to us and we make sure we embrace perspectives from all walks of life and business

Professionalism: Our members’ needs and best interests are the heart of all our outcomes and standards.

Innovative: We will not only understand our markets and members’ needs, we will be ahead of it and provide solutions.

Integrity: We are reliable and dependable in getting it right for each other. 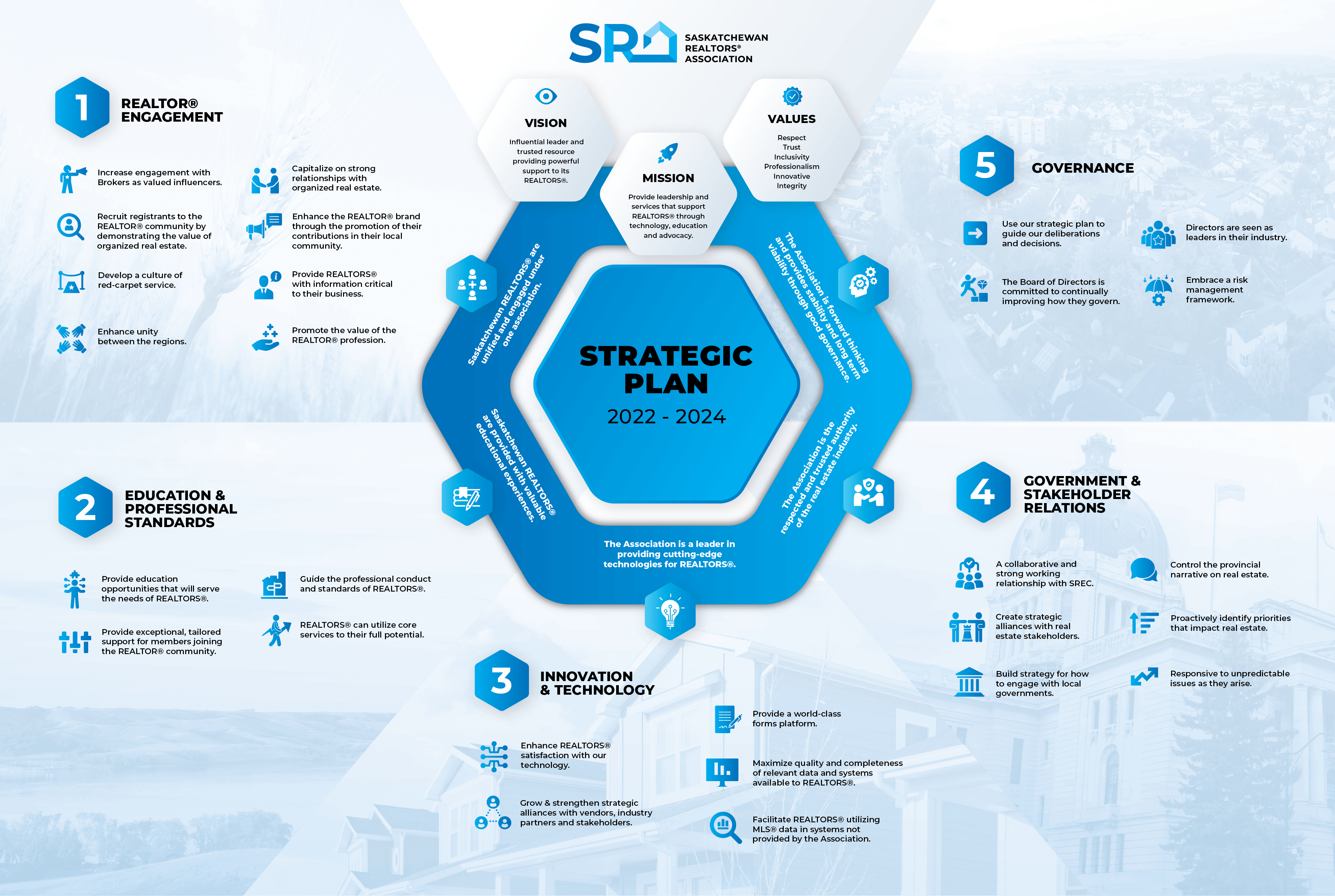 While the SRA officially came into existence in 2020, the story began long before then.

Organized real estate has been around for over a century in Saskatchewan. REALTORS® came together to establish a cohesive voice in real estate and enhance professionalism within the industry. Together, real estate professionals could establish boards and become better equipped to make recommendations to governing agencies.

Over time, smaller associations joined with Saskatoon and Regina until there were only three local boards. With a small population relative to other regions in the country, Saskatoon, Regina and Saskatchewan associations found efficiencies by working together and collaborating on major projects. After a couple failed attempts to merge the three associations, on March 19, 2019, members voted to form a single provincial association – the Saskatchewan REALTORS® Association.